Introducing the Ultimate Music Guide to The Specials

From the 2 Tone tour to Encore and beyond, via Fun Boy Three, The Colourfield and Special AKA, your definitive guide to an incendiary political band 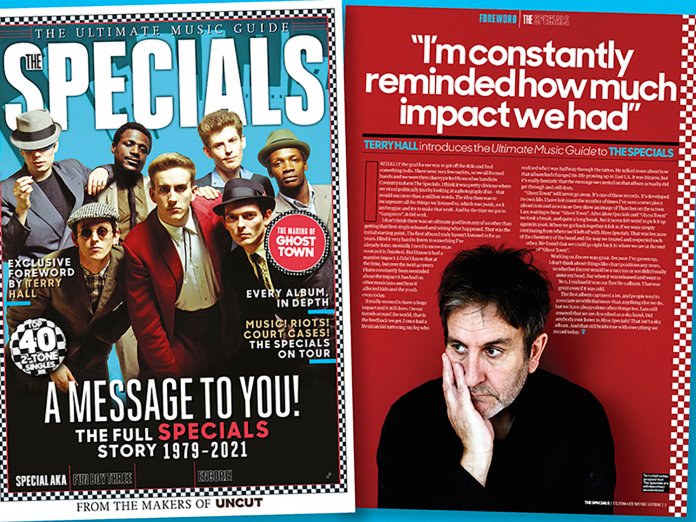 When, 25 years after the event, he wrote about the composition of Ghost Town, Jerry Dammers said that touring with the Specials had allowed him to see first-hand the trouble that his country was in. Fighting on the dancefloor (and within his own band) was one thing. People actually selling their possessions by the side of the road was a level of poverty he hadn’t expected.

The signs were there that something was up in the UK, even for an inattentive child like myself. It seemed pretty strange to me that the same television on which I had watched the video for Ghost Town – then at its third week at number one – was now dedicating hour upon hour to the royal wedding of Prince Charles and Lady Diana Spencer.

Also on TV a lot that week was coverage of the latest phase of violent protest in Liverpool’s Toxteth. The clustering of these three events sounds like a case in which memory has played a trick to assist some kind of convenient cultural conclusion – but it really did happen that way.

40 years on, it would be nice to say that everything had changed for the better. As it is, in a time of global protest and social injustice, the politically-engaged music of The Specials is as important as it ever was. Of course, there have been changes. Having been originally assembled by keyboard player/songwriter Jerry Dammers, the band reconvened for festival appearances in 2008 without their founding member and have since continued their legacy with rapturously received tours and two new studio albums.

In this magazine you can read vibrant new writing scrutinising how The Specials and their music were spectacularly in tune with the culture, and led an extraordinary phase in British music. From our extensive raid on the features archive, meanwhile, you will witness the chaotic rise and fall of The Specials from inside the bus on the 2-Tone Tour to the end of the band with the departure of the Fun Boy Three, via riots and court appearances. Not to mention the triumphant comeback of Dammers with the anthemic, political Special AKA. The influence of his song Free Nelson Mandela offering proof, if any were needed, about the power of music to raise awareness and change things for the better.

Elsewhere you’ll enjoy reading the lowdown on the Dance Craze film, the 2Tone label, our countdown of Top 40 2Tone singles, and our exclusive foreword by singer Terry Hall.

As Terry remembers it, it was during a spell of body modification that it was brought home to him how important the band’s core work is. “I once had a Mexican kid tattooing my leg who realised who I was halfway through the tattoo. He talked to me about how that [first] album had changed his life growing up in East LA. It was bizarre but it’s really fantastic that the message we carried on that album actually did get through and still does.”