Plus The Damned, Hurray For The Riff Raff, Cate Le Bon, Animal Collective... 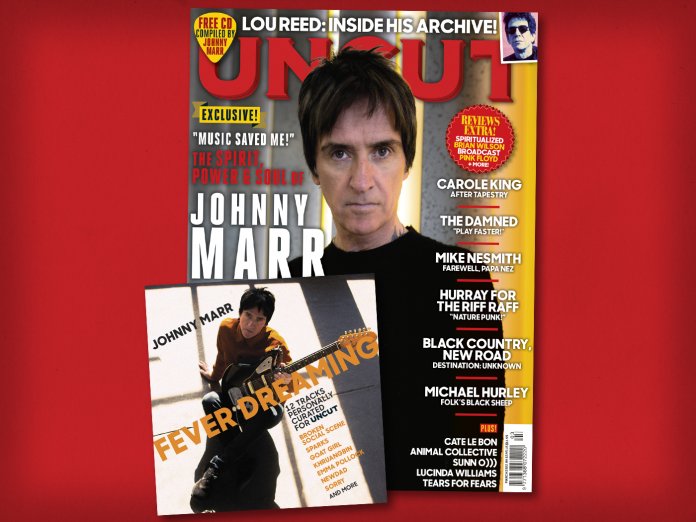 Welcome to the first Uncut of 2022. For anyone keeping track of these things, this is an auspicious year for us: our 300th issue is around the corner, then a few months later we reach our 25th anniversary. As you can imagine, these milestones mean we have a few surprises in store for you over the coming months – no spoilers, of course – and we’d be honoured if you’d join us.

A little nearer to home, this month sees the return of Johnny Marr – on our cover for the first time since David Cavanagh’s incisive 2018 portrait. Over almost 40 years, since The Smiths’ debut single in May 1983, Marr’s music has become a cornerstone of the British canon: idiosyncratic, potent and inclusive right from the start. What’s so fascinating in our interview is that Marr has such a strong handle on his past – “Everything is connected,” he tells me at one point during our interview, drawing through lines from his formative experiences as an 11-year-old listening to music for the first time on his parents’ record player to his ongoing endeavours as a solo artist. Johnny has also curated this month’s free CD – 12 brilliant tracks drawn from his current playlists. It goes without saying, there’s some great music here.

Talking of CDs, print subscribers should receive a second CD with this issue. It’s an exclusive five-track Hurray For The Riff Raff CD, bringing together some tracks from Alynda Segarra’s singular career so far, along with two songs from the band’s upcoming album, Life On Earth. You can read more about Alynda and her remarkable band in Jaan Uhelszki’s profile on page 50.

There’s plenty more in the issue, of course. Graeme Thomson’s excellent survey of Carole King’s post-Tapestry recordings, a glimpse into Lou Reed’s archive, the return of Cate Le Bon, the horticulturalism of Michael Hurley and more. There’s further new interviews with Animal Collective, The Damned, Tears For Fears and Sunn O))). Not sure where else you’re likely to find such a wide and eclectic lineup, but we sincerely hope you enjoy the issue.

As ever, let us know what you think – letters@uncut.co.uk. Take care.