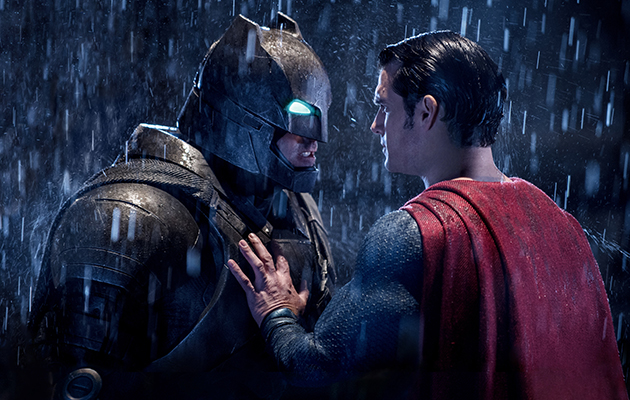 In 2006, Ben Affleck took a second shot at playing a superhero. His first – Daredevil, three years previously – was an underwhelming figure in a derivative, flat and halfhearted film. But in Hollywoodland, he played the actor George Reeves, TV’s Superman during the 1950s, who was found dead in 1959. Affleck’s Reeves’ was witty, self-deprecating and melancholy. Hollywoodland was released the same year as Superman Returns; but arguably it is Affleck we remember best as the Man of Steel rather than Brandon Routh’s solemn, smoothly-contoured version.

Affleck returns to the cape and cowl business as the newest screen incarnation of Batman. He’s in it for the long game, too. His Batman will be one of the key characters in a forthcoming series of Justice League movies and also a new, solo Batman film – the first since Christopher Nolan’s The Dark Knight Rises in 2012. First, though, he has to tough his way through Zack Snyder’s Batman Vs Superman: Dawn Of Justice (that title! So chewy!) – a boring, confused film swollen with self-importance.

Snyder’s film is a riff on The Dark Knight Returns – Frank Miller’s DC Comics’ mini-series from 1986. Miller’s story presented an aged Bruce Wayne turned vigilante and culminated with a nuclear showdown against Superman. Miller’s ultra-violent series helped reshape the comic industry and establish the tone and presentation of the subsequent Bat films: Batman as a brooding, avenging angel and Gotham city as a dark and forbidding place. The sombre aesthetic and intellectual pretention of Nolan’s three Bat films, meanwhile, trickled down to Man Of Steel – Snyder’s noisy, humourless Superman reboot.

His new film opens at the end of Man Of Steel, where Superman and General Zod duked it over in the skies above Metropolis. We meet Affleck’s Bruce Wayne as he dashes across the city, too late to avert the destruction of the Wayne Tower with hundreds of employees inside. Here, Snyder plainly invokes 9/11; later, there are scenes set in a terrorist camp in Africa, talk proliferates of dirty bombs and Homeland security while other current concerns – immigration and isolationism – are filtered through. To those of a more perceptive disposition, it might seem a tad offensive to use events like 9/11 as the basis for entertainment; but evidently, Zack Snyder is not one of them. When he’s not stuffing in contemporary issues, Snyder’s other preoccupation is with the spiritual – from Judeo-Christian imagery to Classical mythology. “Men fall from the sky, gods hurl thunderbolts,” notes one character. Unsurprisingly, such theological conceits sit awkwardly with Snyder’s forays into real world issues. Critically, he mistakes seriousness for humourlessness: tonally, this film is entirely flat where not only a lightness of touch but a lightness of spirit would go a long way to alleviating the boredom. The carpentry is all wrong; nothing quite fits together as it should.

To cut to the chase: the substance of Snyder’s film is crude and unambiguous, lacking any ideological or emotional nuance. Hans Zimmer‘s score is made of lead. Characters intone expository dialogue in a manner that suggests they are heavily constipated. Even an actress as deft as Amy Adams – returning as Lois Lane – struggles. There are too many players here: Henry Cavill as Superman, Jesse Eisenberg as Lex Luthor, Gal Gadot as Wonder Woman plus Laurence Fishburne, Jeremy Irons, Diane Lane and – from beyond the grave! – Kevin Costner. It is a busy, and not altogether satisfying arrangement compounded by Snyder’s apparent lack of empathy for his characters. Affleck does a reasonable job as this latest incumbent of Wayne Manor: his Bat has a larder full of grievances, a number of them directed at Superman for his part in collapsing the Wayne Tower. Cavill is a distant, interior Superman. Eisenberg – who plays Luthor as a Mark Zuckerberg-style techbrat – is mannered and hammy.

And yet, for all that, the film is redeemed – sort of – by Gadot’s Wonder Woman. Gadot, who served in the Israeli army, is a veteran of several Fast And Furious films: another testosterone-fired series that packages comic book craziness in sleek and sharp machinery. As Diana Prince – Wonder Woman’s alter ego – she glides, while everyone else in the film stomps. When she unveils Wonder Woman for Snyder’s overwrought, overlong finale, she quite literally does so smirking: a strangely endearing response, quite distinct from Affleck and Cavill, who are largely required to act with their chins.

Gadot’s smile suggests she implicitly understands the adolescent fantasies being played out in front of her and – unlike the film’s director – isn’t taking it all so bloody seriously.