Animal Collective – Carnival Of The Animals

The new issue of Uncut (Take 183, dated August 2012) features a ‘first listen’ to Animal Collective’s new album, Centipede Hz – so in this week’s archive feature, we revisit the band in São Paulo in 2009, just after the release of their acclaimed Merriweather Post Pavilion. Stephen Troussé heads to Brazil to talk Christina Aguilera, musique concrète and the Grateful Dead… ––––––––––––––––––––––––––––––– 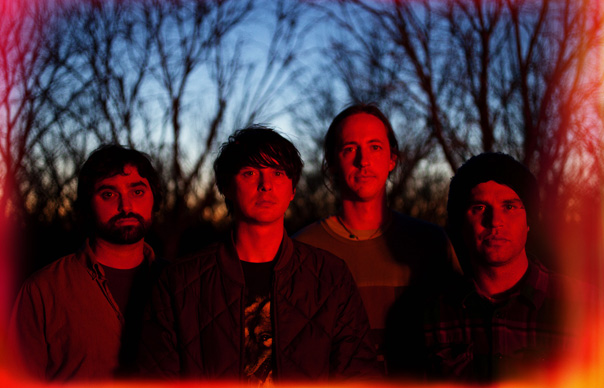 The new issue of Uncut (Take 183, dated August 2012) features a ‘first listen’ to Animal Collective’s new album, Centipede Hz – so in this week’s archive feature, we revisit the band in São Paulo in 2009, just after the release of their acclaimed Merriweather Post Pavilion. Stephen Troussé heads to Brazil to talk Christina Aguilera, musique concrète and the Grateful Dead…

Touching down in São Paulo one evening in November and it feels like all you’ve ever heard about Brazil has been a lie. The airport is cramped and grimy, passengers barge grumpily into one another with luggage trolleys, and in the middle of the hall a small lake is slowly forming as rainwater pours through a hole in the roof. In arrivals, amid signs greeting business travellers and exchange students, shifty-looking gentlemen hold cards simply saying ‘Jesus And Mary Chain’ and ‘Kaiser Chiefs’. A motley crew of indie bands is in town for the Planeta Terra festival. You could almost be back at Heathrow.

But step outside and it becomes clear that that’s not dismal British drizzle, but a blazing electrical storm. São Paulo sits on the Tropic Of Capricorn and the flipside of the balmy early summer heat are the violent thunderstorms that arrive out of nowhere, release their deluge, and then pass as suddenly as they arrived. Bolts of lightning illuminate the sprawling skyline and, driving the rain-slicked highways, it feels like the city has its own municipal strobe light.

But in daylight, in Ibirapuera Park, on a balmy 30°C afternoon, and a breeze that might have blown all the way from Ipanema, you couldn’t imagine a more appropriate place to meet Animal Collective. Designed in 1951 by Oscar Niemayer (warming up for designing the entire city of Brasilia) the park feels like the band’s new album, Merriweather Post Pavilion, brought to lush life. A marriage of gleaming white geometrical edifices and dense, verdant foliage, it’s like some dream collaboration between Henri Rousseau and Le Corbusier; an ideal, tropicalised modernism.

The record – their ninth in nine years, and quite possibly the best US indie record of the past decade – is actually named for the Frank Gehry-designed outdoor auditorium in their native Maryland, where Dave Portner (aka Avey Tare) and Brian Weitz (Geologist) saw early, formative gigs. “We saw Bob Weir of the Grateful Dead play,” says Portner, unabashed by their Deadhead youth. “But all kinds of people played there: I saw Violent Femmes. I think Elton John played there one time!”

“But I guess the title is inspired by the outdoor feeling the venue has,” Portner continues. “When we were growing up, listening to music outside was a big thing for us. Brian and I had this term – ‘Oh, that’s so Merriweather!’ – for certain tracks that seemed really expansive or jammy, and that’s what we tried to capture on the album. And the fact that it has the word ‘weather’ in there is important to us. The first track on the record, “In The Flowers”, kinda captures it – you can imagine Maryland as the landscape, and picture this mist that hangs over the meadows at certain times in early morning or in the evenings in spring…”

Childhood is very important to Animal Collective. The band – Portner and Weitz, plus Noah Lennox (Panda Bear) and Josh Dibb (Deakin, who is sitting out this record) met as kids in the Baltimore not depicted in The Wire – the rambling, rural suburbs with artsy, progressive high schools. In some ways they still seem like teenagers – fresh-faced, earnestly enthusiastic, with a wonderful lack of hipster irony. The stage/nick names particularly suggest a high-school secret society – the Red Hand Gang, the Basic Eight – that has somehow miraculously survived into adulthood.

“I had fun in my teenage years, yeah!” laughs Weitz. “I sometimes feel strange because I cannot identify with teenage angst at all, really. Maybe rebelling against your parents a little bit, I can see. But, you know, I got on pretty well with my parents!”

The proto-Collective originally hooked up as teenage Pavement fans, avidly investigating the cryptic worlds of Stephen Malkmus, but were sent reeling by the discovery of the incredibly strange world of horror movie soundtracks. “Hearing the soundtrack to Texas Chainsaw Massacre was amazing!” says Portner. “It’s just pots and pans – and a lot of delay. So Brian and I started doing stuff that was based on that. We didn’t know if anyone else in the world did music like that at the time. Of course they did, and we later discovered things like musique concrète…”

All four eventually wound up at college in and around New York in the early part of this decade, checking out the bands that had never played in Baltimore, sampling the improv and noise scenes and borrowing vast stacks of avant-garde vinyl from the Columbia University record library. They eventually found kindred spirits in a scene based around a club called The Cooler, including Gang Gang Dance, The Rapture and particularly Black Dice, with whom they embarked on an epic tour through the Southern states of America.

“It was amazing that first tour, so idealistic,” says Josh Dibb on the phone from Maryland. “We both believed strongly in what we were doing, and we both enjoyed listening to each other. Every single night I would watch Black Dice and be blown away. But at the same time we would be playing and there might be just a dozen people there, and people would be trying to get us off stage, and the owners would turn the power off… It was not welcoming! You’re not making any money – it’s hard to say in that moment we knew we could keep going…. But I would hear songs from Noah or Dave and think, ‘Jesus Christ!’ It filled a certain need for me, and I knew no one else could do that…”

Listen to the weird, ramshackle squalls of noise of their early records next to the dubby bliss of Merriweather… and it’s hard to believe it’s the same band. In fact it often wasn’t – the name Animal Collective was originally a flag of commercial convenience, under which sailed the various permutations of collaborators and projects. But over nine albums, from the hectic, haptic racket of Spirit They’ve Gone… through the more freakily folky songcraft of Sung Tongs and Feels, it’s like a private in-joke has gradually gone public. Now, with tracks like “My Girls” and “Summertime Clothes”, these days you can even imagine Animal Collective having hits. Part of this may be down to crunk auteur Ben Allen, who helped in the engineering and production of the new record.

“He comes from such a different place to us,” admits Portner. “Our engineers in the past have come more from our sort of background. Ben is more urban. He’s written tracks for Christina Aguilera!”

“Suffice it to say, there’s more than a couple of mixing decisions that were made that he wasn’t happy with,” adds Lennox.

The vocals may be the most striking feature of recent AC-related releases. Culminating with his wonderful 2007 solo album, Person Pitch, Lennox has developed a glorious multi-tracked one-man harmonic choir, which, to his bemusement, is constantly compared to Brian Wilson.

“I wouldn’t say we’re bored by the Beach Boys comparisons,” says a diplomatic Weitz. “More perplexed that it’s the only thing that people bring up! It started with Sung Tongs, and Noah’s solo record kind of pushed it to peak level. And now it’s going to stay with us forever!”

But just as the group has outlasted the freak-folk tag they were lumbered with by virtue of using acoustic guitars, they look set to outlast any Beach Boys fashion. Indeed, pre-release buzz on Merriweather… was that AC had “gone rave”. “In The Flowers” does, after all, contain a reference to “ecstasy”…

“That was meant to be sexual!” laughs Portner, “Though the imagery that’s associated with rave culture – that was definitely what we were going for in that transition in the song.”

“Ecstasy certainly isn’t our new drug of choice,” continues Weitz. “It’s not like we took ecstasy and made the LP. I haven’t done ecstasy in eight years!”

Chemically assisted or not, there’s an astoundingly infectious joy and aesthetic adventure to Merriweather… that seems to mark a sea change in modern American music. I try out my reductive political metaphor on the band: in 2000 the US election was defined by cynicism and the representative band of the times was The Strokes. The 2004 election was about dread, and the band of the day was Arcade Fire. In 2008, we had an election based on hope – and Animal Collective seem to have captured or channelled some of that sense of possibility.

“That’s a beautiful idea, man. I hope it’s true!” laughs Dibb. Temporarily sitting out this record after the strain of promoting 2007’s Strawberry Jam, eager to preserve what all of the band agree is the “sacred” nature of their friendship, Dibb may be best placed to perceive exactly what his comrades have achieved on their latest record.

“Quite possibly – and I’m not being hyperbolic here! – Merriweather… might be my favourite record I’ve ever owned,” he says, touchingly in awe of his friends and bandmates. “For some reason, it’s reminding me of when I was in school in Boston. I remember going to this record store called Twisted Village, I was a young kid and I’m sure I sounded like an idiot, but I was basically trying to describe music that I had heard Dave and Noah make, and I was asking if they had any more like that. I was like, ‘I’ve got this one tape that a friend recorded and it’s amazing, but I want to hear something that is not from us…’ He recommended something like Ash Ra Tempel, which is great, but nothing like us! But this record gives me that feeling all over again. It’s a total gift to be able to listen to it.”

Please fill in our quick survey about Uncut – and you could win a 12-month subscription to the magazine. Click here to see the survey. Thanks!