An interview with Spiritualized’s Jason Pierce: “What we were doing… was morally and legally wrong”

Pierce takes us on a trip from the furthest reaches of Spacemen 3 to Spiritualized...

As a taster for Spritualized‘s Glastonbury appeareance this weekend, I thought I’d post an Album By Album interview I conducted with Jason Pierce, which originally appeared in Uncut’s August 2009 issue [Take 147]. Subjects under discussion: Spacemen 3, Spiritualized, drugs, log burners, the benefits of fancy album packaging and much more…

“I like to do one thing a day,” says Jason Pierce. “You know, go to the bank or something. And today I’m doing two things.” Later, he’ll be heading off to record a duet with Mark Lanegan. But for now, ahead of Spiritualized’s slot at this year’s Latitude Festival, Pierce is here to talk through his back catalogue, from the galactic drones of Spacemen 3 to Spiritualized’s symphonic highs. “This is like a drowning experience,” he says. “The whole of your life flashing before your eyes…” 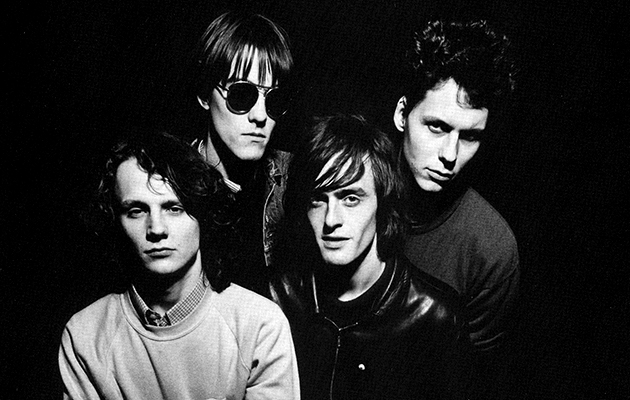 SPACEMEN 3
The Perfect Prescription (1987)
Art school friends Jason Pierce and Pete Kember form Spacemen 3 in their native Rugby, Warwickshire in 1982. They follow up drone-heavy debut Sound Of Confusion (1986) with this one, softer and more textured…
I’d left home as soon as I could, so I’d got a house at the bottom end of the town which I shared with Natty [Booker], our first drummer. I think Rosco [Sterling Roswell, bass] was living there. It was an open door house, anybody could come and go. Pete lived with his folks in a big house in a village outside of town. We came to a guy called Paul Atkins who ran a kind of semi-professional studio off an industrial estate at the bottom of town – he had a sampler, which I think was quite rare at the time. He had an 8-track recorder, but he wanted a 16-track recorder. So we said we’d buy him a 16-track for unlimited studio time, which worked out amazing for us, but not for him – we were young, we had unlimited time! We moved my house and our whole scene down to the studio and spent hours getting deeper and deeper into making this record. Were Pete and I competitive as songwriters? No, not at all. He’d always claim he wrote a lot of the songs before he met me, but when I met him he had a guitar with two strings on it and he couldn’t play it. I taught him rudimentary barre chords. We had an agreement early on that there was never any “this is my song, this is your song”, which made what happened later [Pierce and Kember argued over writing credits, which contributed to the band’s breakup] all the more shocking. I guess everything that we were doing was against everything I’d been brought up to believe you should do. The whole drugs scene, what we were doing with our lives… it was what we wanted to do, but it was morally and legally wrong.

SPACEMEN 3
Playing With Fire (1989)
A pinnacle of late-’80s space-rock, drifting between dreamy psychedelia, minimalist gospel and heavy-duty feedback. But Pierce and Kember’s relationship deteriorated badly during the recording…
We started recording in Cornwall. It was quite a funky little house in the middle of nowhere. Kind of hippie, log burners… I’d never been anywhere like that. I’m from the town. Also, to be honest, I’d never really travelled, we never had money when we were kids. In Cornwall, we were sleeping on mattresses on the floor. But it only works if everyone gets on, and it was getting to the point with Pete where we couldn’t be in the same room together.
He got crueller, and it was very hard to deal with, especially as we were in such a close scene. I’d started going out with Kate [Radley, future Spiritualized keyboardist], and Pete was so childish – “You can’t do that.” It became miserable, but making this music was never about misery – there’s a beautiful sorrow, a beautiful longing about the music. Even in the more heavy-duty drones there was a kind of epiphany.
How did I respond to Pete? I shut down and got on with it as best I could. As happened later in the line-ups of Spiritualized when things got bad, I think if you give people time, they realise their mistakes. The thing that upset me the most was when Pete wanted to change the songwriting credits. I remember having a meeting to sort out the credits for Playing With Fire, which I thought was the end – it wasn’t the beginning of the end, it was the end.
“How Does It Feel?” was originally called “Repeater”, which is the sound a Vox Starstreamer makes: you hit the guitar and that’s what comes out of it, it plays itself. Pete put down this long repeater thing and then I constructed a melody over the top, and his claim was that it was his song, because he’d put down the original track. I joked that if you owned the tape, you owned the first part, so you could make this claim that I own the silence that the Starstreamer is going on to. I mean, you can’t make songs with people who are putting flags in them – saying, that’s my bit, that was my melody. We wrote songs together – no, we wrote songs and then we shared the credit. It doesn’t matter whose song it was, or who did the greater or the lesser part of it, it was just that was what you did. Done.