10 deep cuts by the band who changed everything 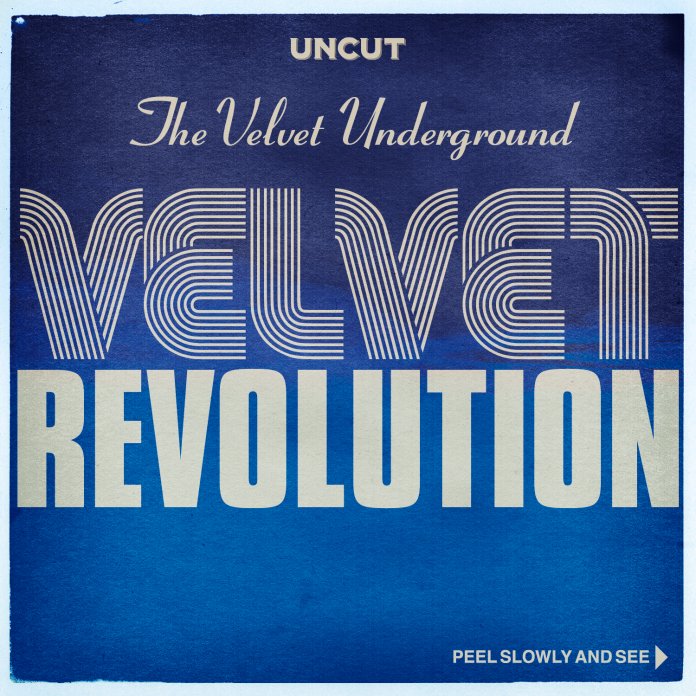 With the new issue of Uncut upon us we are delighted to bring you a Velvet Underground playlist of deep cuts to soundtrack this month’s cover story – a veritable Exploding Publishing Inevitable, no less.

Have a copy sent straight to your home.

“Miss Joanie Lee”
Velvet Underground and Nico, 45th Anniversary Super Deluxe Edition (Polydor, 2012)
“One chord is fine. Two chords is pushing it. Three chords and you’re into jazz.” Reed took his minimalist ethos to its logical extreme with “Miss Joanie Lee”, a brutal thud that makes “Run Run Run” sound like Steely Dan. The 10-minute boogie was captured during a rehearsal in early 1966 at Warhol’s Factory and then never heard from again. But it’s a blast, occupying that no man’s land between Bo Diddley and Sonic Youth, with impossibly raw guitars crashing up against Reed and Cale’s lusty harmonies.

“Melody Laughter”
Velvet Underground and Nico, 45th Anniversary Super Deluxe Edition (Polydor, 2012)
“Twenty-nine minutes of torture” is how Moe Tucker described this freeform excursion, recorded live by an audience member in Ohio in late 1966. Her pain is our pleasure, however. “Melody Laughter” is a thrilling example of the VU at their most sonically adventurous, with Tucker’s proto-motorik thump providing a sturdy bedrock for the rest of the gang (Nico included) to make some terrific noise. When it all comes together towards the end, it’s as beautiful as it gets — the Exploding Plastic Inevitable in all its bizarro glory.

“It Was A Pleasure Then”
Chelsea Girl (Verve, 1967)
A disquieting, skeletal drift, “It Was A Pleasure Then” sticks out like a sore thumb amidst the lush flutes-‘n’-strings of Nico’s Chelsea Girl debut. It’s not officially a part of the VU canon, but it may as well be; Nico’s accompaniment here is none other than John Cale and Lou Reed. As her comrades rumble menacingly behind her, Nico sings obliquely of lost innocence and “shattered minds.” A preview of her darker work to come — and a tantalizing glimpse of unrealized collaborations between this combustible trio.

“I’m Not A Young Man Anymore”
White Light / White Heat 45th Anniversary Super Deluxe Edition (Polydor, 2013)
Recorded at NYC’s Gymnasium during a long 1967 residency, “I’m Not A Young Man Anymore” was unknown to all but the most hardcore of VU fanatics until it surfaced on a bootleg in the mid-2000s. It’s definitely a rough draft, with Reed repeating a simple lyric over and over, perhaps waiting for inspiration to strike. But despite this sketchiness, the Velvets transform it into something magical and hypnotic, a rough-edged R&B number bolstered by Sterling Morrison’s monomaniacal guitar figure, going round and round into infinity.

“Guess I’m Falling In Love”
White Light / White Heat 45th Anniversary Super Deluxe Edition (Polydor, 2013)
The VU attempted “Guess I’m Falling In Love” during the White Light / White Heat sessions but for some reason Reed neglected to record his vocal. This live version, also taped live at the Gymnasium, will do nicely, though, offering righteously heavy choogle from start to finish. Once again, Morrison is the star, stepping out from the shadows to deliver two absolutely ripping (yet somehow quite elegant) solos, landing somewhere between Chuck Berry and Steve Cropper. If Verve had released it as a single, this tune might’ve been the Velvet’s mainstream breakthrough.

“Countess From Hong Kong”
Peel Slowly and See (Polydor, 1995)
A slinky and seductive number from late 1969, “Countess From Hong Kong” got lost somewhere between the band’s self-titled third LP and Loaded, only existing as a hazy demo. But it’s well-worth discovering, thanks to Reed and Morrison’s delicately interlocking guitars and a coy vocal from Lou. The song also features the return of the harmonica to the VU arsenal — a surprisingly successful addition that adds to the dreamy atmosphere. If that riff sounds familiar, it’s because Beck borrowed it lock-stock-and-barrel for his “Beautiful Way” 30 years later.

“Over You”
The Matrix Tapes (Polydor/Universal, 2015)
Like “Countess”, “Over You” is the rare Velvets cast-off that Reed didn’t eventually dust off for his solo career. It’s hard to see why he left it behind; with its chiming guitars, sugary melody and lovelorn lyrics, Lou could’ve slotted it somewhere on Transformer or Coney Island Baby. As it stands, we only have a few live recordings to go by, all of which include sparkling Morrison solos. Reed often introduced it as his “Billie Holiday song” and you can imagine Lady Day singing along.

“Follow The Leader”
The Quine Tapes (Polydor/Universal, 2001)
We have guitarist Robert Quine to thank for this one. As a young Velvets fanatic, he lugged a tape recorded to a number of the band’s late 1969 San Francisco club dates, preserving several unique moments for posterity. While it may have been performed on the west coast, the positively danceable “Follow The Leader” sees Reed looking – as always – towards his beloved NYC. “New York! New York City!” he chants over a proto-disco groove that stretches out hypnotically over the course of 17 minutes.

“Friends”
Squeeze (Polydor, 1973)
Is it sacrilege to include a song from Squeeze, the much-maligned post-Lou VU album? Maybe. A Doug Yule solo effort in all but name, the LP has a bad rep — deservedly in some cases. But this bittersweet McCartney-esque ballad is a keeper, with Yule singing about puppy love in his soft, quivery “Candy Says” voice. It’s a million miles away from “Sister Ray”, but that’s alright. There’s even a Squeeze reappraisal in the works: Velvets disciples Luna recently covered “Friends”, giving it an appropriately lovely soft rock sheen.