The midlife crisis years, second batch of reissues from the stalwarts 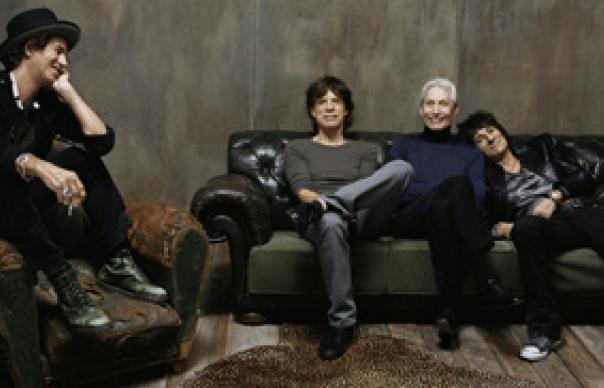 
In his new book about the Rolling Stones in the 1980s, fanzine writer Bill German draws the reader’s attention to a painting owned by Keith Richards. On entering the guitarist’s pool room, the visitor is apparently greeted by a hideous piece of art depicting the owner: nose bent, hair wild, with one hand holding a cigarette. On his other hand, there’s a glove puppet: the puppet, of course, is a tiny Mick Jagger.

When you’re thinking about the five albums released by the Rolling Stones in the years between 1986 and 2005, it’s an image that’s instructive to keep in mind. Certainly, this is a period in which personal relations in the band are held to have been at their worst (1986’s Dirty Work was completed by a band whose rhythm guitarist had taken to referring to its singer as “Brenda”). Never mind the infighting, though – in a period in which the band ultimately concentrated on touring, and released a string of live albums and hits comps, these albums see the middle-agedRolling Stones essentially doing battle with their younger, more iconic selves, and trying not to descend into caricature.

For those who like a happy ending, then, it’s just as well that 2005’s A Bigger Bang is as good as it is. This is not a band that has ever had particularly great problems sounding like the Rolling Stones – as with their three most recent albums, the clatter of Charlie Watts’ drumming is given as much kudos in the mix as the guitars and vocals – but it sees the band displaying a huge assurance. As with the recent works of Bob Dylan, A Bigger Bang sounds like a band for whom age has conferred a huge self-confidence, a work entirely, or so it seems, about pleasing yourself.

The picture 20 years earlier, however, was not quite so pretty. Entering middle age was evidently a thorny issue for the Rolling Stones: no longer lords of misrule or beautiful decadents, in the harsh light of the 1980s we were in danger of seeing the Stones entirely without myth or legend. Here were five affluent men with extremely tall wives, perhaps, for the first time in their career, not entirely sure how to proceed. Evidently, Mick Jagger felt uncertain about the future – having already rushed for the lifeboat of a solo career, his contributions to Dirty Work were apparently recorded in isolation. Nonetheless, both it and 1989’s Steel Wheels (and to a lesser extent the contributions made by the Dust Brothers to 1997’s Bridges To Babylon) both bear the stamp of the singer’s modernising zeal: a wish, above all, for the Stones to “stay relevant”.

Playing the albums today, it’s hard not to think about midlife crisis. But rather than purchasing sports cars or, say, dating younger women, the Stones manifested theirs by upgrading their sound. There are fine songs on both – particularly the singles “One Hit (To The Body)” and “Mixed Emotions” – but the production is often a distracting business. Dirty Work finds some horrible backing vocals floating in Steve Lillywhite’s flat mix, while for Steel Wheels the huge success of ZZ Top’s Eliminator seems to have been much in producer Chris Kimsey’s mind.

Times and fashions change, essentially, but the Rolling Stones do not. In the five years that would elapse before their next album in 1994 – post grunge, post MTV Unplugged, even post Rick Rubin’s work with Johnny Cash – there prevailed the kind of stripped-down modernity that sat well with the Stones. Voodoo Lounge, in fact (like most of these albums, heralded as a return to form at the time), finds the Stones reconciled with their past in ways that are thrilling (fantastic opener “Love Is Strong”, all slinky riffing and harp), and surprising ( harps-ichord weepie “New Faces” seems to reference “As Tears Go By”). Occasionally, however, the surprise tips over into actual shock. Generally a master of innuendo, on “Sparks Will Fly” (“I want to fuck your sweet ass”) Jagger simply provides too much information.

The serving of superfluous sauce is a criticism that can be made of Bridges To Babylon (“And politicians’ garish wives/With alcoholic cunts like knives…”), but here the dry room sound the band have developed serves to erase most reservations. In hindsight, the run of songs here, from “Anybody Seen My Baby” through to “Already Over Me” via the excellent “Low Down” leads you to a surprising thought. If they can just rein in the singer, this band could make the best album they’ve made for years.

A Bigger Bang’s opener “Rough Justice” serves notice that that album has arrived. This is a self-regarding, self-knowing Rolling Stones: “One time you were my very chicken/Now you turned into a fox,” leers 63-year-old Sir Mick Jagger, “Once upon a time I was your little rooster/Am I just one of your cocks…” It’s funny, cool, and just right. Neither ahead of the game, nor behind it, simply masterfully deep in it, here the Rolling Stones exercise the kind of mature judgement you would hope comes after 40 years spent doing anything. Whether he’s a puppet or puppet-master, rooster or even cock, undoubtedly, Mick Jagger is well within his rights to crow