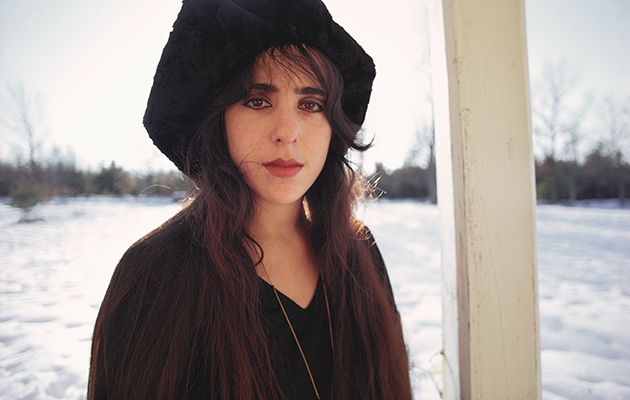 Despite Charlie Calello’s suspicion that Nyro’s third album was half-baked, she had a firm vision for 1969’s New York Tendaberry, her name for “the warm, tender core she perceives deep inside the city’s grating exterior”, observed New York Times reporter William Kloman. “I deal in essences,” she told him. “I can’t do things my girlfriend can do, like drive a car or cook a dinner, but I have the ability to see what is at the centre of things.”

In late 1968, Roy Halee was busy working with Simon & Garfunkel. But as a Nyro fan, he couldn’t refuse Geffen’s offer to work on her new record. “She’s the best I’ve ever been involved with,” says Halee. “She’s George Gershwin, phenomenal in a classical sense, as well as a pop sense.” Alone at the piano, Nyro played Halee the entire album. He decided to record her that way to capture her “essence”. The other instruments were overdubbed later. “It was a terrific gamble.”

These early sessions were just Halee and Nyro, who rode a horse and cart to Columbia’s studio. She dressed in ballgowns, lit candles and laid on opulent meals. The pair relished the slow process. “Listening to her perform every night was like a concert, it was a joy,” says Halee, whose only bugbear was Nyro’s pot habit, which made her sloppy. This time around, there was no pressure from Columbia.

Once Halee brought in arranger Jimmie Haskell, Nyro started giving his ensemble impressionistic directions. “I think of music in terms of colours, and shapes, and textures, and sensory things, and abstractions,” she told Life in 1970. “But once I have the instruments to work with, I can do a lot of things. You can take a string, and strings can be brazen, or they can be so sweet, they can be pale.” For “Gibsom Street”, she instructed her horn section to play like “Indians on the warpath”. “Her producing chops were great!” says Halee. “She was hard to please in a nice way. She knew what she was talking about.”

Released in September 1969, New York Tendaberry was a sophisticated paring back. Most of the songs start with just Nyro at the piano, her vocals flying from tender meditation to indignant rhapsody as she explored what she perceived as the city’s struggle “between health and sickness, god and the devil.”

“You want to dig the vibrations I’ve been getting?” she asked the NYT. “The real United States Of America is about to be born. That’s what’s coming out of the revolution.” Certainly, things were starting to happen for Nyro. She did her first proper tour, including the Troubadour show that Jackson Browne witnessed. Newsweek profiled Nyro, Joni Mitchell and the new wave of “female troubadours, who not only sing, but write their own songs”. That Thanksgiving, she had three Top 10 singles thanks to The 5th Dimension, Blood Sweat And Tears and Three Dog Night. “She was too soulful for radio,” laments noted fan Todd Rundgren. “Other artists had success with the material by essentially turning down the soul.”

Although Nyro was breaking from pop tradition, she maintained a mainstream release schedule. Christmas And The Beads Of Sweat arrived in 1970, her fourth album in four years. According to Michele Kort’s biography, David Geffen told producer Felix Cavaliere, “I’m going to introduce you to the most difficult person you’ve ever met in your life.” But the pair got on famously, sharing interests in soul and Nina Simone. Cavaliere took Nyro on a Sri Lankan yoga retreat where she met Alice Coltrane. She played harp on Christmas’ second half, alongside a New York rhythm section. Duane Allman added guitar licks, praising this “real outtasight chick”.

Co-producer Arif Mardin hired Muscle Shoals’ Swampers band to back Christmas’ first half. The Southern group found gothic Nyro very strange. “We were charmed by her!” says bassist David Hood. “She came off almost like a bag lady on a street corner.” Nyro’s pot supply softened the culture shock. “She had some good weed!” (The scrupulously professional Swampers usually avoided “indulging”, but Nyro corrupted Hood and guitarist Eddie Hinton.)

As on Eli, the group set up around Nyro’s piano at Columbia’s studios, and attempted to follow her arrangements. Pianist Barry Beckett found himself out of a job, as (ever since her debut) Nyro had accompanied herself, so he wrote charts. “On one very complicated song, Barry laughed and said, ‘Boys, I wanna see you do this!’” says Hood. “And that’s one of the ones we did on the first take! We were used to working with guys that were difficult, and we liked the challenge.”